Last year Revell released the ’83 Hurst/Olds Cutlass kit and boy it was pretty damn great. I mean, it had some quirks but it was a new tool that people had been awaiting for half a decade and it at the least delivered. Plus with how it was designed it’s not hard to imagine that Revell is gonna release some variations on it sooner or later.

Someone beat ’em to the punch though, a Canadian resin caster called Clearly Scale has been pumping out Oldsmobile parts for a good half a year now. Last year in December I figured I’d order some parts from him, in specific the LSX442 Big Block V8 engine, gurney wing and the open grille nose so I could slap in the ’84 grille inserts that I personally like the most. He was kind enough to give a chin spoiler along with it free of charge, which I’m gonna be using sooner or later. Also ordered a slightly longer hood for the car cause currently the engine’s too big for it and needs just a tad bit more clearance and luckily Clearly Scale’s got just the perfect one.

But for the time being, this is gonna be it. It’s still the same Oldsmobile kit from before, though did learn a thing or two along the way. Getting the photo etched set for it makes a world of difference in bringing out the interior, as well as the exterior. The set’s got nearly all the segments of the dash in high detail as well as the logos, trim and knobs, along with the digital dash which is more common in the later Olds’. But other than that, it’s still very much the same ’83 Hurst/Olds with a ’84 grille and no H/O logos on the thing.

That being said though, the kit is fantastic. I’ve written about it in detail in the ’83 Hurst/Olds Cutlass post from a good eight months back, and it’s still great and man I am still awaiting the day that Revell puts this mold to more use cause it’s cleverly designed to hold options open for the future; all the H/O parts for instance are on separate frames and the spoiler holes have to be opened from the inside of the body, so effectively the bog standard basic ’83 Cutlass is there. 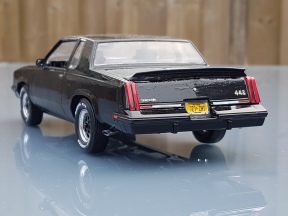 So, instead of the 307 ci V8 there’s now a 454 ci V8 with a Eaton supercharger and a cone air filter instead of the carburetor and the air cleaner. Along with that, the less intimidating rocker panel-less open grille with ’84 grille inserts and a gurney wing to make it look still like a car that’ll kick some serious ass but be subtle about it.

In the end, along with some floor mats from Plastic Dreams, this model looks beyond fantastic. I’m still planning on adding the air dam to the front so it looks more brutal, and still awaiting the delivery of the slightly longer hood(I will update the photos then), then this big bad beast will sit along the others as the largest and technically fastest of the bunch. Y’know, if it wasn’t a miniaturized plastic copy. Ah well. 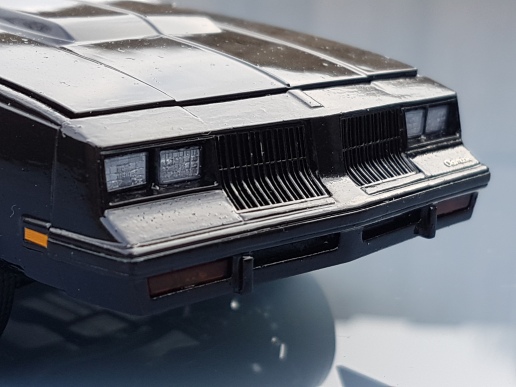 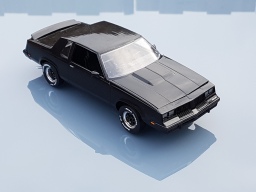 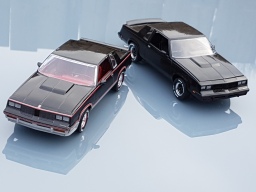 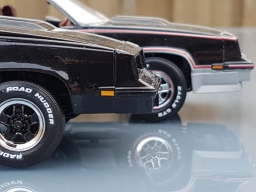 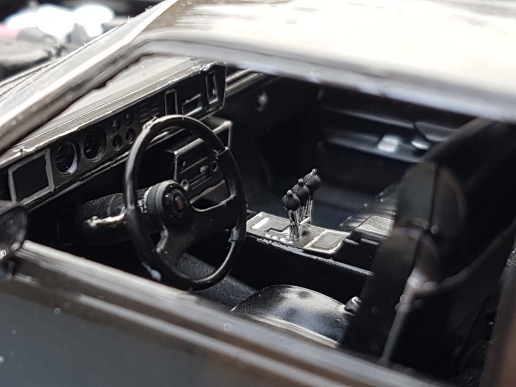 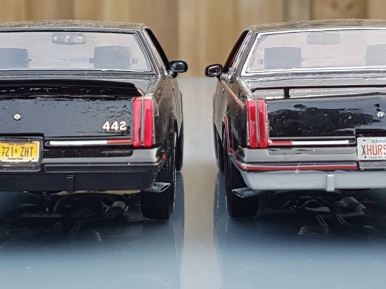 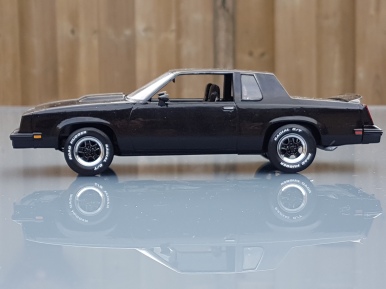