In short the model itself is really good, like most Revell stuff, quality wise it’s pretty high. Heck the only issues I got with the kit is that it’s kinda… not a SS version. Which is weird, considering the box says Monte Carlo SS. It’s a 2-in-1 kit with a lowrider version and stock. Now when you think SS stock, you’re probably thinking the same as me and imagine the red striped/red badged SS and not a plain stock version with no decals. The lowrider version has all the decals dedicated for it, minus a few license plates.

That being said, it’s still very much possible to make it a closer representation of the Monte Carlo SS instead of the lowrider version. My hand’s not as steady as it used to be but with some effort put into it painting on the red lines is still a option. The only sad thing of course is that there’s no Monte Carlo decals in red with this kit to compliment it. But in the end, it would’ve been so much simpler if they had included the decals to start with. 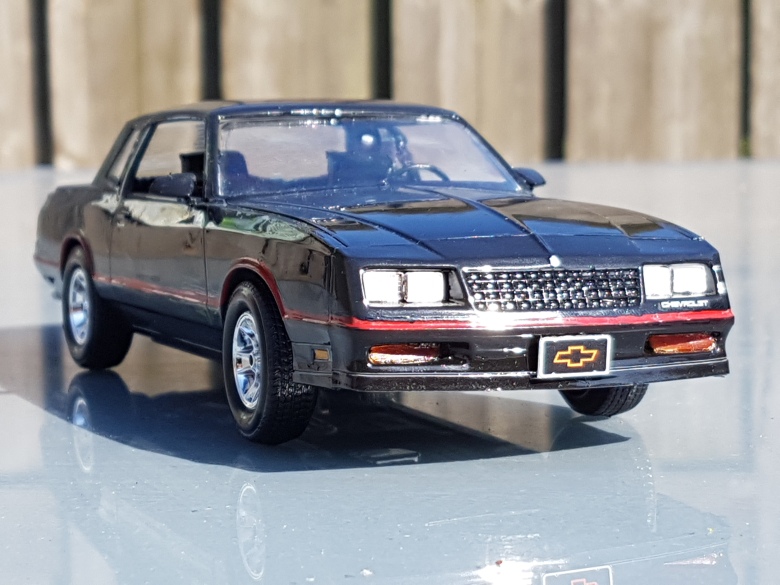 Detail is pretty damn high across the board, the custom customized or stock, the engine bay detail’s high and the interior’s pretty good looking too. It all fits together well and the end result’s quite sturdy. The only thing that fit into place instantly was the rear bumper but that’s it, nothing needed excess force or a boatload of glue to stay put. 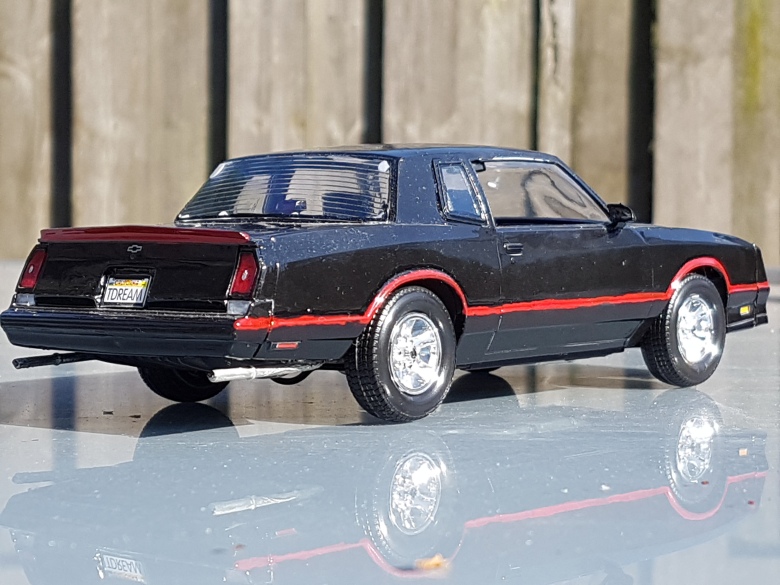 All in all, would’ve loved it being a 2-in-1 stock and SS kit instead of a lowrider and semi-stock one, but despite that issue it’s still a excellent kit. 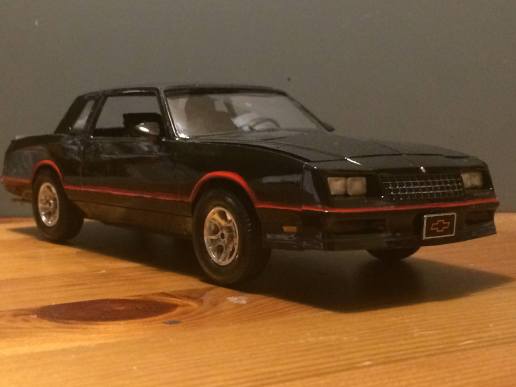 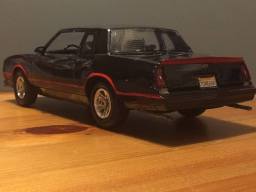 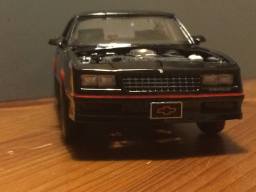 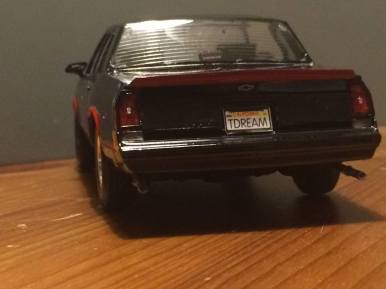 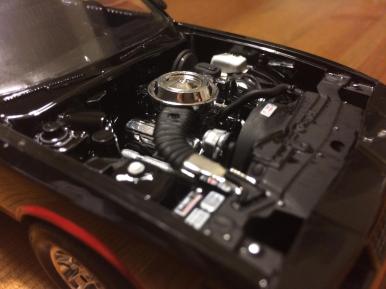