The ’83 Hurst/Olds is a pretty unique car in it’s own right, the last of the Hurst branded cars and yeah while the ’84 H/O had its paint scheme flipped it was the same car underneath, the model still is the last of the era. And after years of speculation and years of Revell contacting owners to take measurements of the car for a model kit, it’s finally here.

The kit does do it justice, with some minor errors here and there in the mold and instructions, it’s an all around amazing kit.

The exterior detail is fantastic, and credit to Oldsmobile for making a boxy car look downright good. The only problem I came across was the rocker panels on the front end not fitting as smoothly as they should, but everything else just fits like a glove and finding the separation line between black and silver was easy enough.

I mean, despite all the greatness, some niggles like the headlamps having no chrome backings is kind of disappointing and on the front end, everything is one piece, bumper 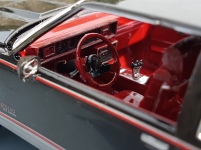 included, that needs to be slotted in between the fenders. Wouldn’t be an issue if it wasn’t two microscopic prongs that are meant to keep it where it is that snapped off at the slightest blink in its direction.

But that would be it really, it’s me just being a huge nitpicker. Otherwise it’s a pretty flawless construction, the instructions are a different story but I’ll get back to that soon.

Using some reference pictures from eBay of a for sale ’83 Hurst/Olds I painted the entire interior the color it should be(though whoops, I swore I bought satin red and black to mix, turns
out I got both in gloss so everything is hyper shiny), chromed out the outer bits of the seats, the

doorhandles, and so on. Slapped some era appropriate Goodyear Eagle GTII decals on the
tires(courtesy of Joseph at Fireball Models)

Everything’s just solid looking. The detail on the dash, the Lightning Rod shifters from Hurst, the plaques, the detail is staggering. The instructions skip on all of the decals besides the dials for the interior, that’s a huge annoyance I found out way after I put the damn thing together, but oh well.

Speaking of decals, some of them were a nightmare to apply. While you get a nice big sheet of Hurst/Olds stripes and I’m super glad they were segmented down to panel size, they still fell apart upon being touched, hell the Hurst/Olds logo for the rear torn to pieces in the water before even being handled and the little chunks glued themselves stuck to the body the moment they were applied even with solvent underneath.

But overall, I’m extremely happy with the kit. It looks fantastic, borderline amazing. It has a degree of quality(minus the errors) that AMT can’t even hope to top. Plus the kit allows for some options, for instance with the decal sheet you can still make a ’84 Hurst/Olds paintjob and with the extra molded pieces it would seem that Revell is out to make a factory stock Oldsmobile Cutlass Supreme and the FE3-X at some point in the future, so here’s hoping.

(Edit: August 4th, 2016 – Added some newer, higher quality pictures in better light. Seeing as this is my most popular article, thought it would be nice for y’all!)
(Edit: February 6th, 2017 – For those seeking the article on the ’84 Cutlass, click here) 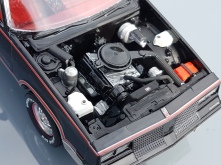 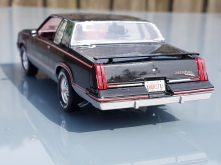 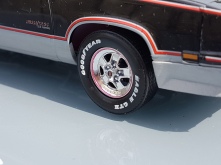 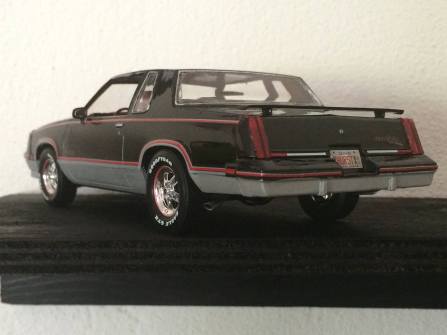 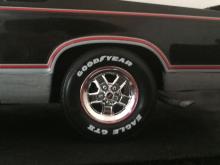