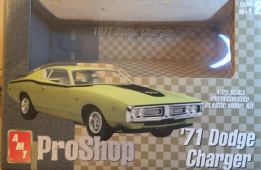 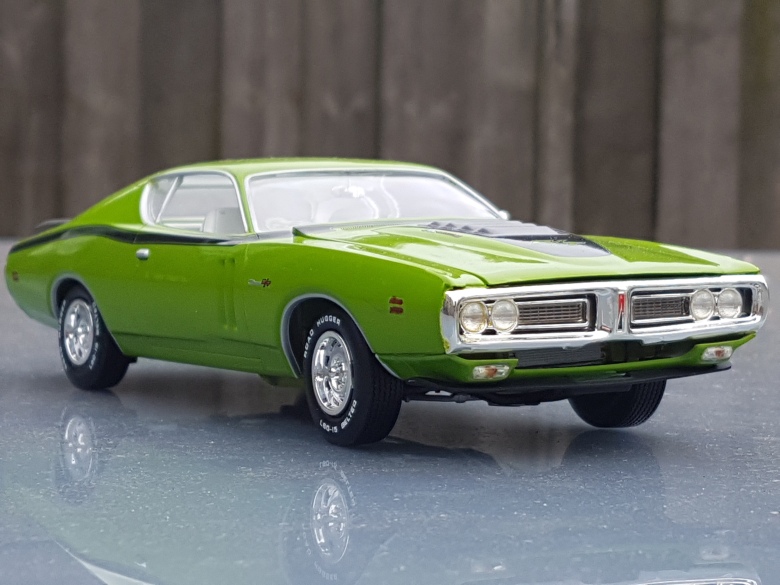 I already wanted to turn it into the lime green it’s pre-decorated in, so that’s a handy coincidence! And right from the bat I can say this much; this is easily the most pleasant kit 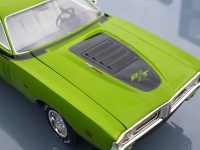 I’ve ever worked on. Tamiya level of pleasantness. Granted, it was a quick build due to everything having been painted and stamped with the appropriate decals, but everything about this kit is just… nice!

The instruction sheet’s super clear, and even though it’s already painted it still has a interior color options table for the sheer hell of it, why not! All the bits are bagged in little individual bags that were numbered one by one and come up in sequence(mostly) as you’re building it piece by piece. 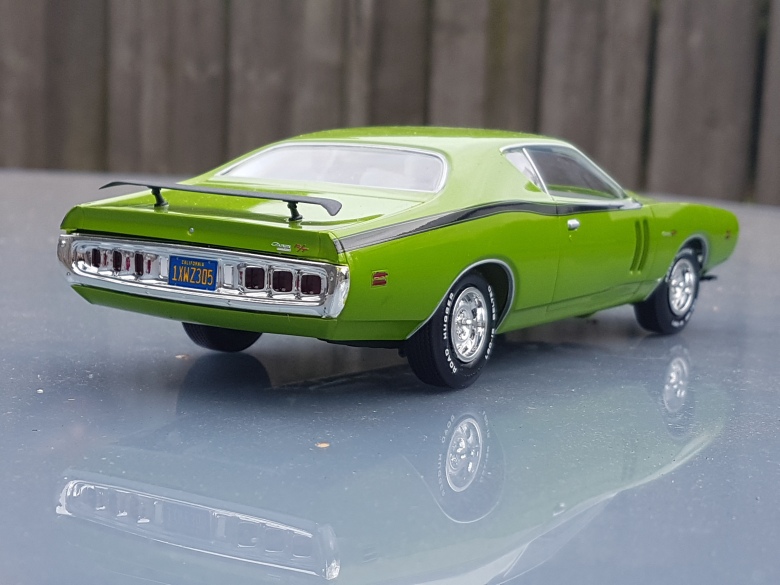 The paint and decal quality is beyond anything I could ever hope to achieve by hand and the plastic quality is unlike anything I’ve ever seen from AMT, it’s sturdy and strong and fits really well. Okay, all but literally one piece. Which is the hood that doesn’t quite fit 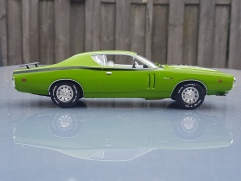 between the fenders, probably due to the way the body was strapped down into the box. But that’s it! That is pretty much the only down side! The interior quality is awesome and the engine detail is just as great, decided not to wire it up in favor of just leaving it with the AC cables cluttering it up.

I only added… 4 pieces in total to the work. The little tail light strips, the license plate(apparently there was a decal sheet included with license plates, but I didn’t have ’em), the side-lights had to be colored in and the Road Hugger white letters on the tires. I wanted to add a set of AR TorqThrust wheels but had no tires that could fit on the dishes, so stock Charger rims have to do. 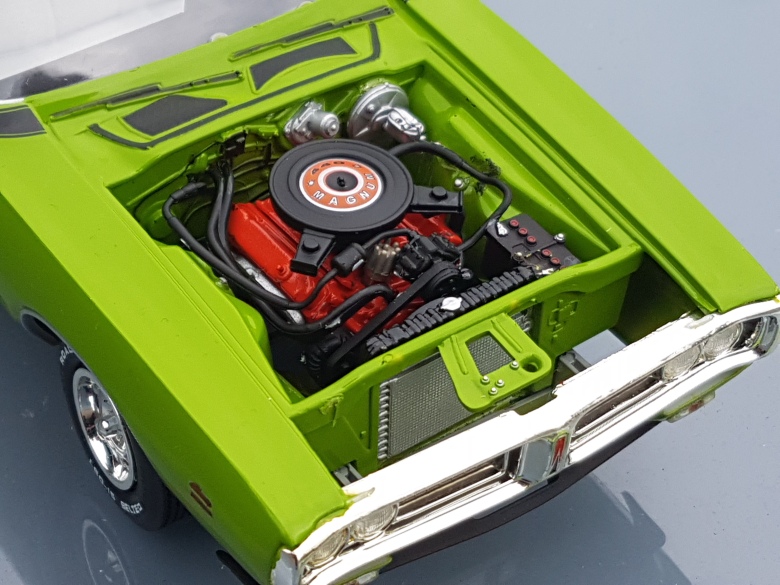 All in all, AMT does do quality. Though more often than not it’s lost somewhere between production and building, but this one proves that they still have it. Granted, it’s completely pre-decorated and just needed assembly but, it’s still superb quality and it looks… amazing. I mean, it look downright amazing. 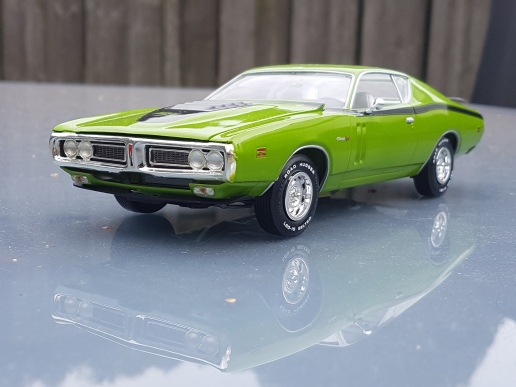 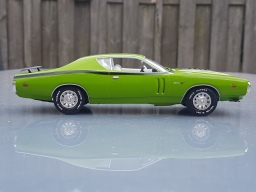 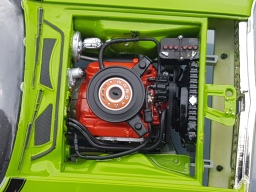 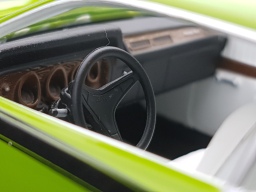 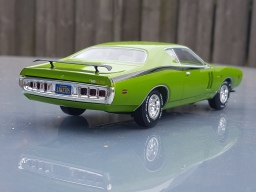 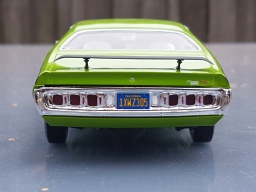 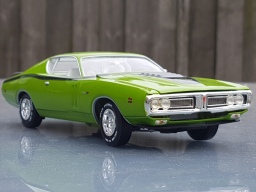 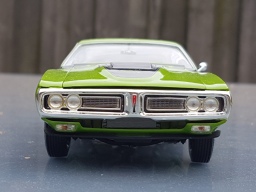 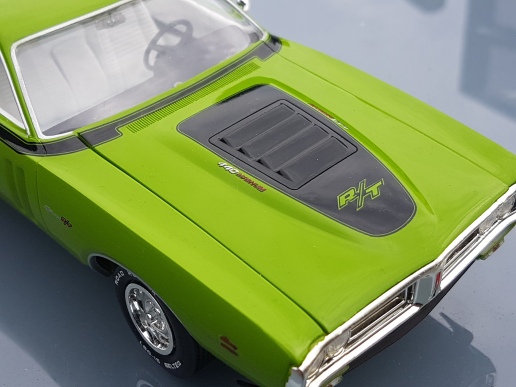 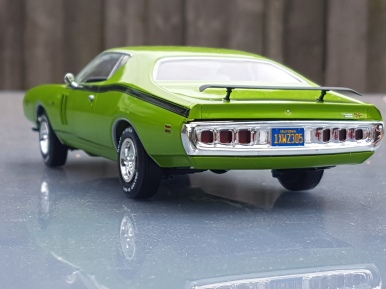 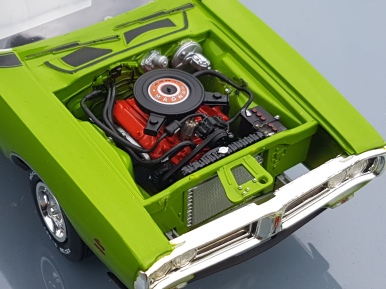 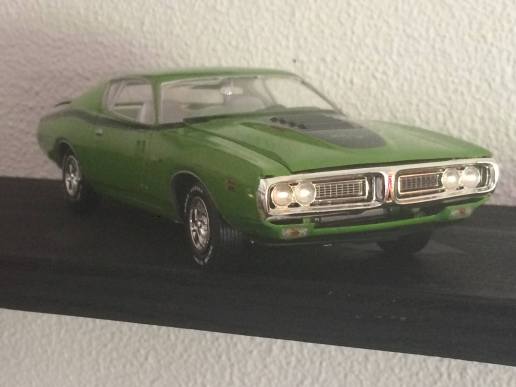 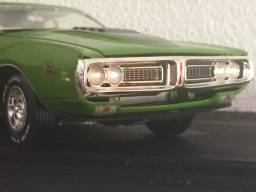 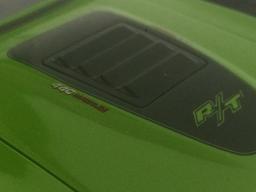 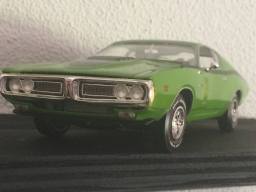 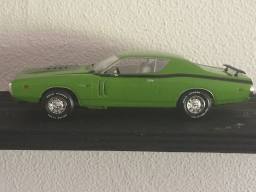 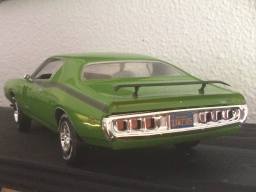