A while ago I watched the series finale of Sons of Anarchy, in which the ‘good guys’ end up chasing down a IRA member trying to make a getaway in a champagne/gold ’66 Pontiac GTO, with some excellent 18 inch blacked out TorqThrust wheels and a vinyl roof. Now the Revell kit of old doesn’t have a separate set of wheels, but the ’66 Royal “GeeTo” GTO drag festival car does!

They’re still 14 inch, but they’re still rather nice. I did order a TorqThrust set that was similar to the car in the show but when they arrived, they ended up being 1/24th in scale rather than 1/25 so couldn’t use them.

But I digress, did end up purchasing a set of photo etched parts from Model Car Garage, along side of it all. And I gotta admit, it’s strange that this kit isn’t part of the Special

Edition line-up cause it’s way up there. It’s got ridiculous detail, detail on every angle that would normally get overlooked easily. It’s really, really good!

That being said though, the kit itself is becoming rarer and rarer by the day, even though it’s only been like half a decade since it’s been released, it’s already really hard to find for a reasonable price. 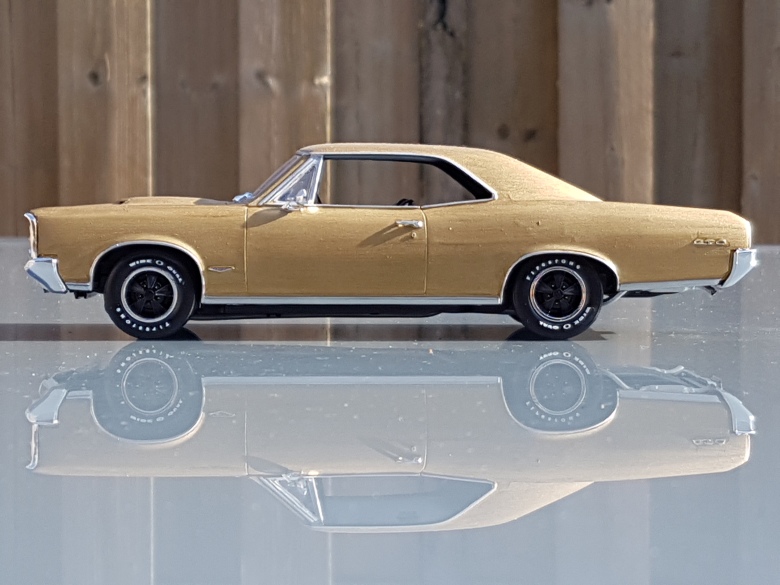 The body itself is molded perfectly, usually there’s a fender mold line or something that you gotta sand off but this one’s cleverly hidden on the inside of the model where it’ll be hidden from view after it’s build up, besides that the mold quality itself is grand. With

little details like the bumped up detail on the GTO and Pontiac logos and lock cylinders, as well as a detail that easily could’ve gone a-miss like the louvre styled rear lights.

Also the parts that need to be chromed are perfectly molded and are easily chromed out, with the acrylic pen(which is what I use) or bare metal foil, no hard task thanks to it. But it doesn’t end there, the interior quality is also superb, with properly detailed interior doors, the center console, seat texture, dashboard, so on. It’s really, really well made. Which is why I’m surprised it’s not a part of the Special Edition line and it also doesn’t have a picture of the model on the front which is also in turn kind of hiding the fact that it’s a great, great kit. 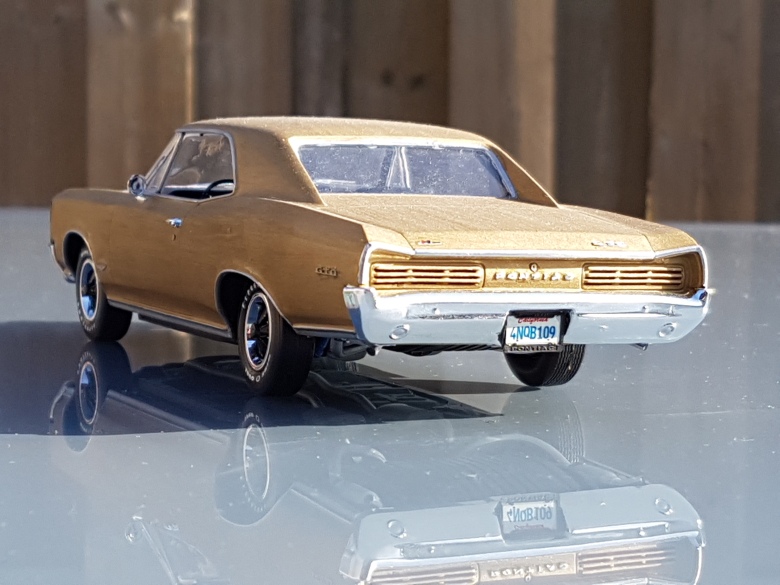 Before I’ll get to the engine, I should go over the bits you get with the Jim Wangers’ drag-
toy GeeTo Tiger which of course is the center of the kit despite that I went with a simplistic stock ’66 GTO. You get a giant, giant sheet of decals, though few pieces. Which is a good thing, otherwise you’d be putting on around 19-20 single pieces,  but they’re nice and high quality and they’re as close to the real thing as they’re gonna get. 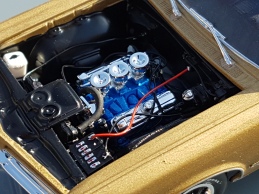 You also get this nifty little statue with it that actually is meant to go inside the car, in the seat, it looks a little goofy but y’know, like that uncanny valley version of Linda Vaughn that comes with the Revell ’72 Hurst/Olds kit, it’s still a nice extra! But anyway, to the engine. It’s got a beautiful 400ci Pontiac V8 Tri-Power engine with again significant detail. The only thing that can be said is that the carburetor detail isn’t up there with the rest, but hey, nitpicking like crazy here.

It’s such a great kit, and incidentally now the “oldest” model I’ve made. Previously it was just the ’67 Camaros, now it’s the ’66 GTO. 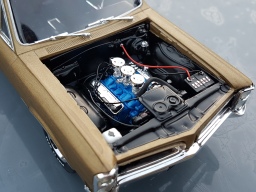 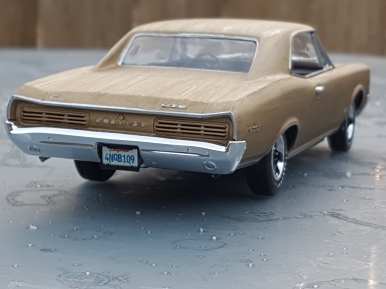 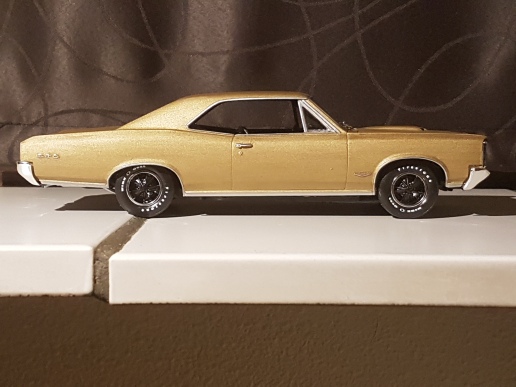 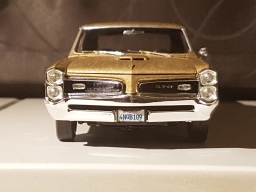 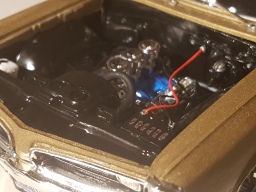