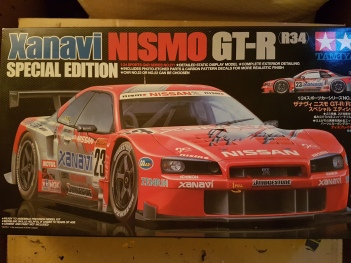 One really can’t say anything negative about Tamiya, more often than not it’s even difficult to find a single fault in their kits. They really go above and beyond whenever they make a new release, in terms of detail and sheer amazing quality there’s hardly a single better manufacturer than Tamiya.

They’ve been doing the JGTC(Japanese GT Championship, now known as “Super GT”) model kits for some time now, especially some really fantastic Skyline models from across three decades, along with Honda NSXs, Toyota Supras and even the odd ones that attempted their damnest at making a name in the JGTC like Mercedes and such. And for some of these kits they go up and above by adding a ton of extras. 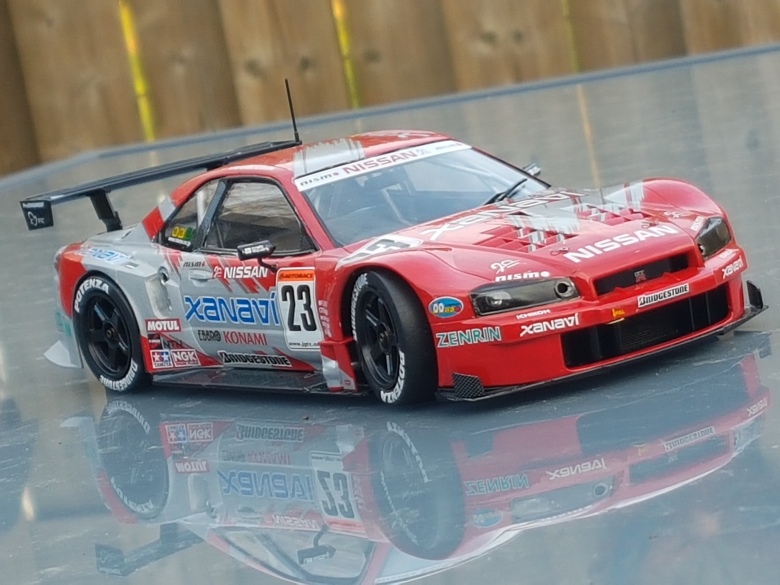 For instance, this kit. The ’03 XANAVI GT-R R34 that got released back in late 2003 and a few months later in January ’04 they released a special edition version with some nifty extras. For instance, it has a really high quality photo etched detail up frame and it’s really, really nice quality. Like, it’s a solid metal that doesn’t bend with the slightest touch and can take some manhandling and is quite comfortable to use. On top of that, you get a whole decal sheet of carbon fiber for 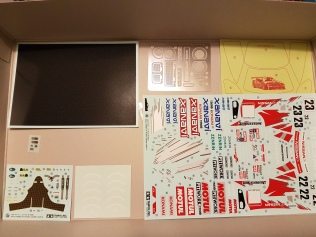 nearly every part on the model that has carbon on it one way or another.

That being said, there’s a ton of decal stuff you get with this kit as one might imagine. I mean, Jesus it’s a lot. You will spend a good day just on the decals for this kit as the detail is immense; well over 150 logos, stripes and whatnot plus a good 45 more for the carbon. I gotta add that the wheel decals are self-adhesive that are actually really comfortable to use and I kinda wish that more decals were like this! But I’m just droning on here. 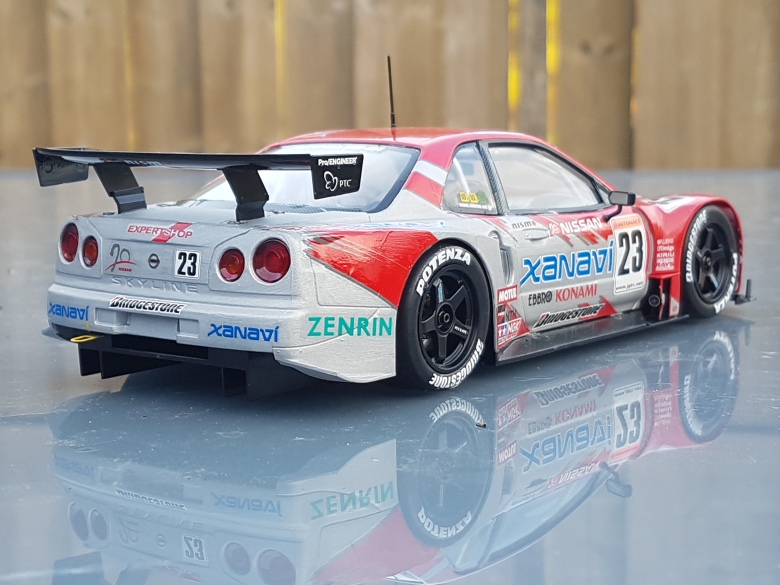 Anyhow, the mold quality of this kit is stupendous. There’s just a single mold line and its on the right side of the rear bumper. Everything’s so crisp and made of this really sturdy plastic that hardly bends even under pressure and good lord they have thought of everything. The rear wing, something that’s usually just a giant wonky annoyance on most kits, on this model it stands solid and hardly moves. The whole kit is just thought out perfectly. Another thing I thoroughly enjoy about the kit is that you can remove the body from the chassis if you so desire, it’s connected to the bottom by four prongs that you can press in so it comes loose. 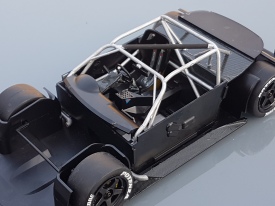 Though one thing’s a bit odd about the model, the real GT-R has a colossal engine under the hood and like many if not most Japanese model kits, it has no engine in the kit, however with all the detail you still get a good look into the engine bay from the hood louvers or the nice photo etched grille inserts from the front and see that it’s just a whole lotta nothing, especially with light falling But I suppose that’s just a thing that you might notice, it’s something you’d have to look for otherwise it really wouldn’t bother you. 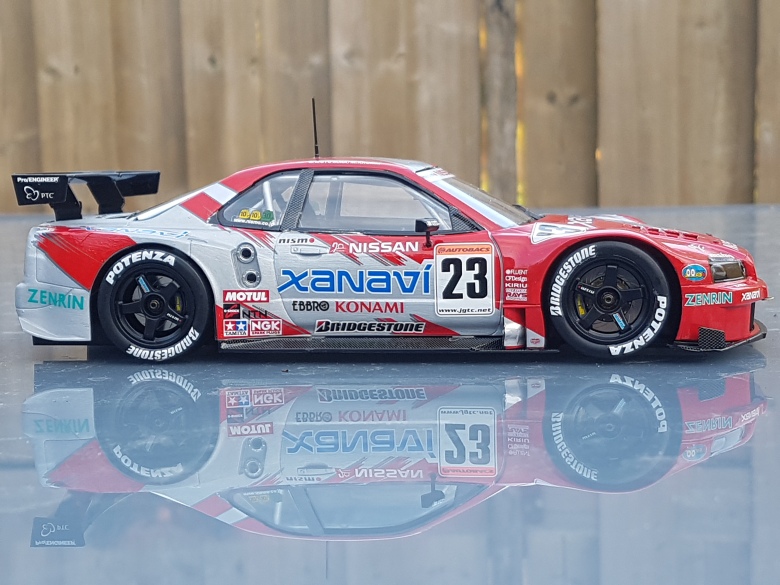 Another really nice thing that you find with Tamiya kits is the solid, solid rims and the really nice realistic rubber tires that go around ’em. There’s something about them that just feels like proper track worthy slicks, especially with the thick high quality rims inside. 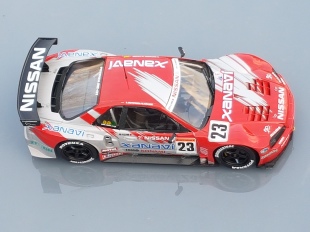 Right from the start you get to choose if you wanna make the Motoyama #23 GT-R or the Kageyama #22, which has some extra different bits for things like the decals of course, but also the steering wheel and gearstick cause apparently folks have different likes for driver comfort. Some of the sponsoring is quite different too but the car as a whole is nearly the same.

The kit is getting older and Tamiya’s really not known for ever putting out a kit a second time, so if you spot this one ever. Get it. Really. My plans for the future is to finish the Xanavi line-up with the GT-R(R35) at some point, it’s just as detailed from the looks of it. 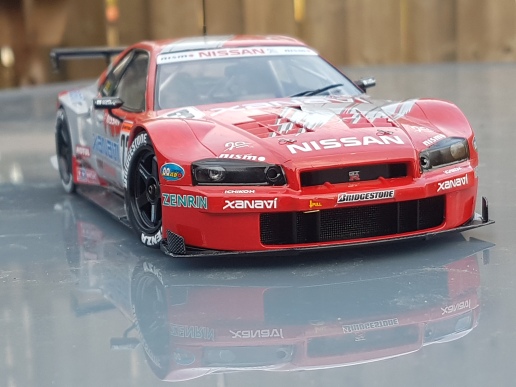 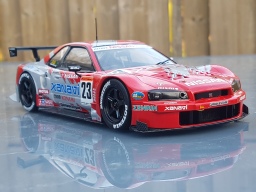 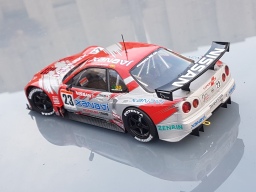 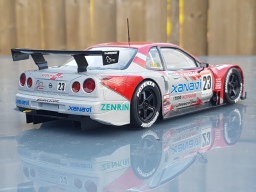 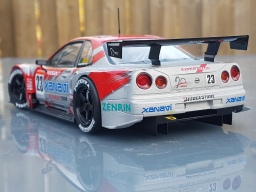 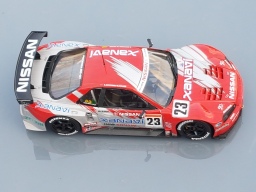 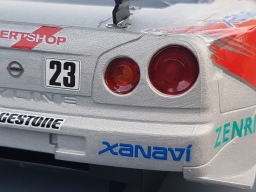 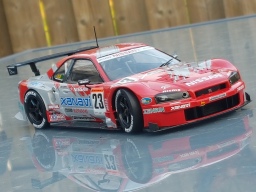 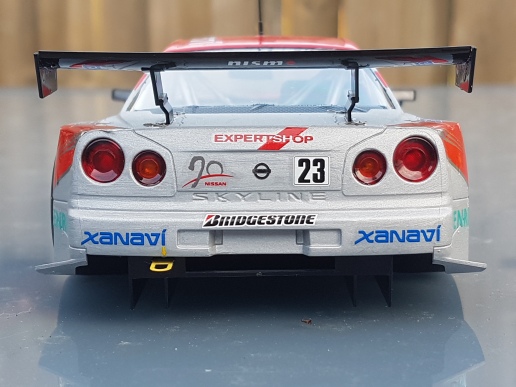 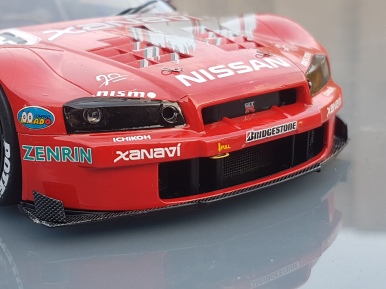 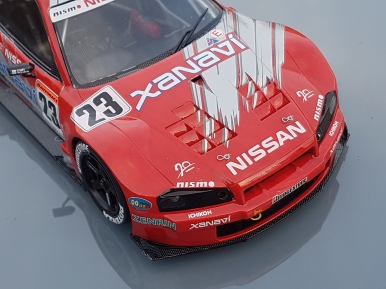 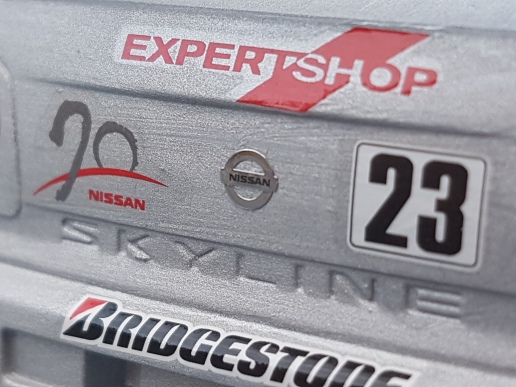 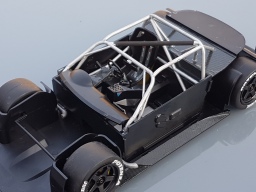 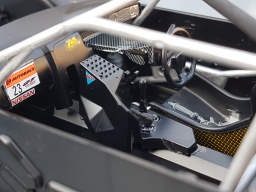 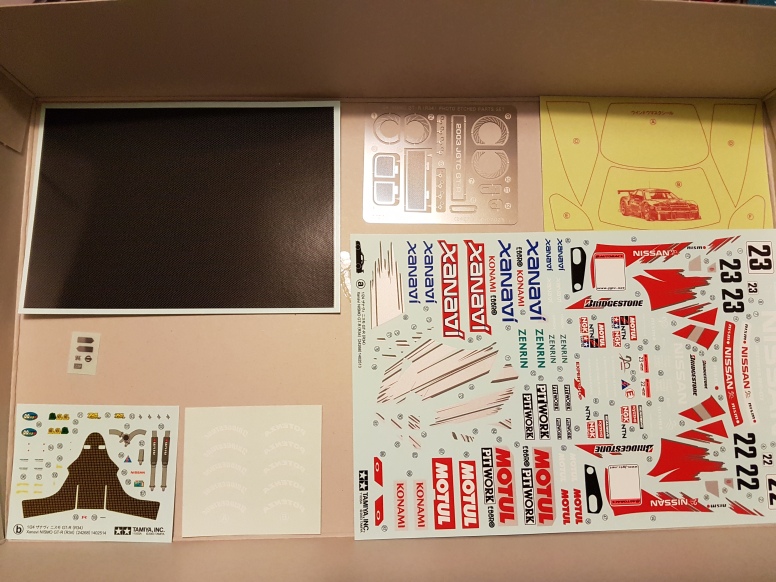